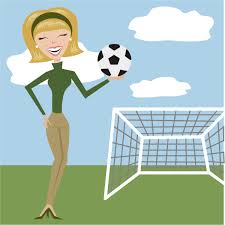 How important are clothes to you? Describe your style, if you have one, and tell us how appearance impacts how you feel about yourself.

I ADORE this prompt!  I am a mom of four and was a very reluctant mom in the beginning, but the role grew on me; so did the “fashion.”

There are times so great that a single event can be used to mark the shift from one state to another and BK (before kids) is such a shift for me.  BK I was a very Yuppie (young upwardly-mobile professional) young woman and dressed accordingly.  My dress was also part of my own ethos about myself; it was how I saw the world.  It told the world I was going places.  Where exactly I have no idea but I was going there!

I loved it. Being a Yuppie gave me style but no purpose, pregnancy was a surprise that I  did not want and was so anger at God it wasn’t even funny.  I cried everyday for four months.  I thought that God had given me all this talent, all this desire to do something great, and be great, ONLY to have him take it ALL away!  I didn’t have these feeling before I became a mother, and at the time didn’t even think that being a mother was what I needed to start kick my calling.

AK (after kids) my style became more utilitarian, easy to pull on and pull off, nothing fashionable, something that would hid spit up and kiddies finger prints.  It became the uniform of the invisible MOM that woman who doesn’t want anyone to see her, it all about the kids.  And that Fashion is dangerous, so dangerous.  Like the YUPPIE style that presents the world a vision of how I felt I was in the world, MOM style said: Leave me alone!  Go away!  I am not interested in being in the world anymore.  I am not in the world anymore, these kids are my obsessive focus.  I had used the kids like a wall around me, not letting anyone in and differently not letting anyone, (the kids), out.

I let myself go. Does this person look like someone you would want to know?  It took me years to truly see myself as the world did: anger as hell.  I was anger because I was lost, had made myself lost, lost.

I’m not there yet but I am becoming the YUPPIE I was once.

She is married 20 years and has four children

She has a BS/BA in social work from Aquinas College, CSD Certified Spiritual Director

This site uses Akismet to reduce spam. Learn how your comment data is processed.

Daily Prompt: The Clothes (May) Make the (Wo)man

Please call for appointments and information