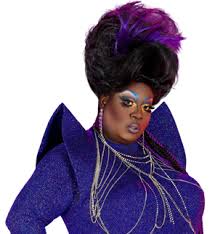 As a Catholic I know the Church teaches that gay marriage is wrong, and it is God’s plan for man and women to wed and have children, and God’s laws are perfect, but here is where it gets interesting for me: I have family members on both sides; mine and his, who are gay, I adore our gay friends, won’t go a week without watching RuPaul, and shows, documentaries on alternative culture; whatever that may be, and as a good Catholic I am torn: love the sinner not the sin kinda thing..

Weeks ago our second eldest son and I were talking about DOMA and the upcoming decision and what were his thoughts on it.  While he hadn’t given any personal thought to the matter he say that gay marriage is an issue he struggles with.  I asked why.  What I took away from his argument was  that marriage is the institution that promotes the growth of culture.  It is where morality is fostered.  But most importantly it is for the propagation of children, because without children there is no society, no morality, no culture – nothing.  That opened my eyes and it made me think about how I would answer God if He asked me about gay marriage.  Yes I think love is important, but so is marriage as the Church teaches, God decrees.

I understand our son’s logical argument and even support it, but I can also agree with Latrice Royale and her views on gay marriage:

Latrice Royale, who is from Atlanta, admitted she’s not a big fan of gay marriage: “I just don’t want it to be called marriage. For me, marriage describes a straight relationship, and I think we should be called something else. Call it something more fabulous!”

Some food for thought on DOMA

She is married 20 years and has four children

She has a BS/BA in social work from Aquinas College, CSD Certified Spiritual Director

This site uses Akismet to reduce spam. Learn how your comment data is processed.

Please call for appointments and information